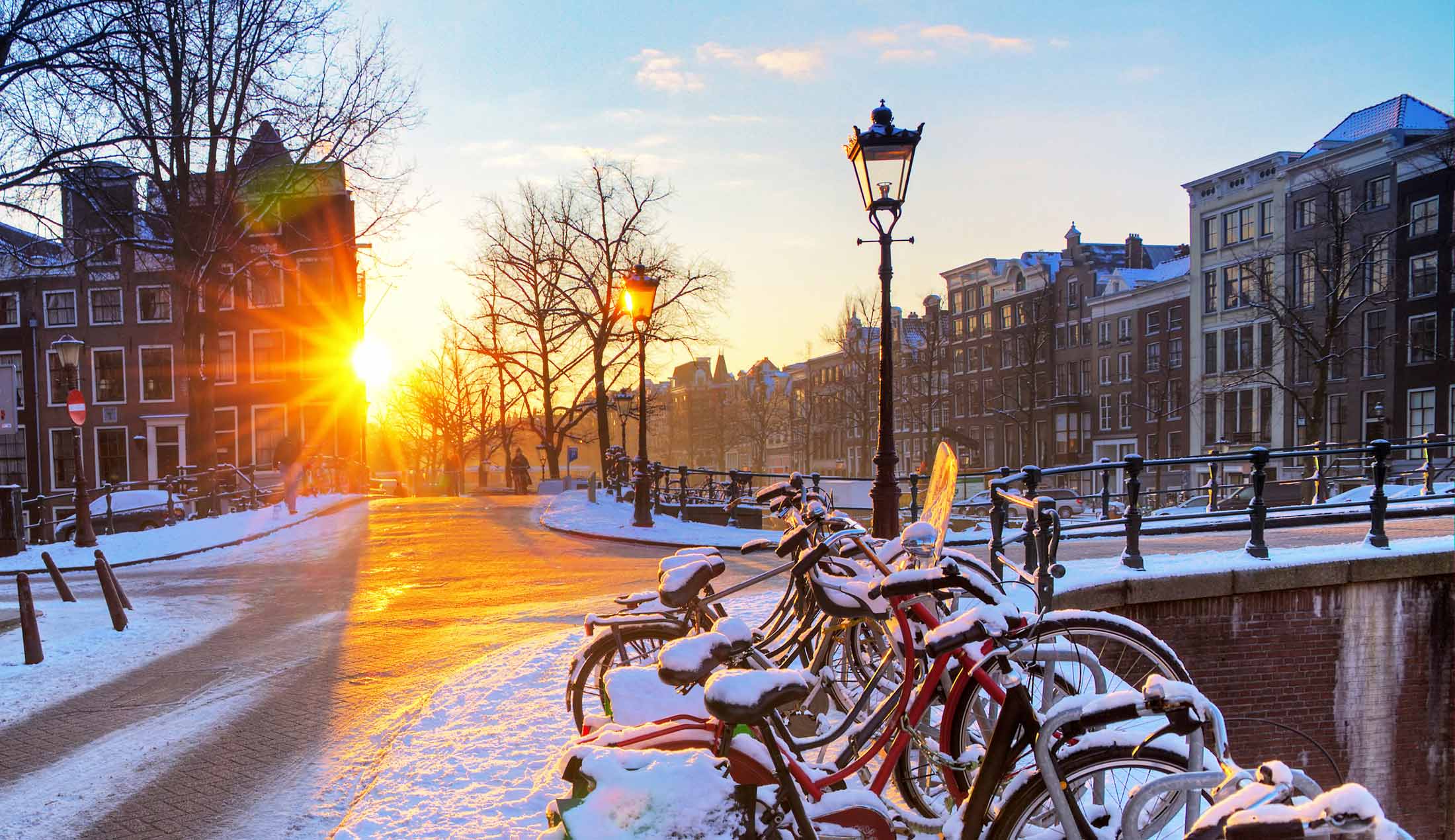 Why You Should Visit Amsterdam in the Off Season

There is no wrong time to visit Amsterdam. The Dutch capital is awesome all year round - however if you head to the city during the off season, there are some pretty cool benefits that might sway you to experience the city throughout winter. Amsterdam becomes more relaxed in the off season when the summer crowds disappear and touring the city’s best sights and attractions becomes less of a hassle. Just remember to wrap up warm…

One of the best things about visiting Amsterdam in the off season is less crowds and queues. Unlike the peak season, in winter you won’t have to wait for 30 minutes in line to enter the Anne Frank House. And you can get into the Rijksmuseum without battling the crowds first. Not having to wait for ages in a queue makes the experience much more relaxing and enjoyable. Don’t get us wrong, there might still be a small queue, just not a long wait!

Quite an obvious one. Travelling in the off season makes it easier on your wallet when paying for a place to stay. You want to be in the heart of the city amongst all the action. Central accommodation in Amsterdam reaches peak prices in the summer - even at hostels. For example, you can get a bed in a dorm ensuite room at St Christopher’s from around €34 a night compared to €43 in the summer. Or you can book a bed at the Flying Pig in the off season from about €32. This simply means you have more money for food and alcohol. Wahay!

You’ll also benefit from cheaper flights! Spending your hard earnings on a flight feels a bit like selling your soul. But it’s got to be done if travel is your motive in life. Travelling in the off season hurts just that little less because flight prices drop. At the moment, you can book a return flight from London to Amsterdam for just £59 on Cheapflights.com. Flying with budget airlines or booking on websites such as Skyscanner can help to cut the costs down even further.

If you’re lucky, it might snow while you’re in Amsterdam. The city usually sees snow every winter each year. The white topped trees, glazed over canals and powdered rooftops look beautiful in the winter when the snow settles. If you get to experience the city as winter wonderland, embrace it because it doesn’t happen very often. And don’t forget your camera because the city looks like a fairytale under snow.

5 If it snows, you may get that once in a lifetime chance to skate on canals

When it gets really cold, the famous canals of Amsterdam sometimes freeze over and locals come together to skate along them (only if it’s safe enough). The canals have turned into a free for all ice rink in 2012, 2017 and 2018! Who knows when it may happen next? If you’re in the city while the canals freeze over, have a glide around because it’s a pretty rare occurrence!

Restaurants will also be a bit quieter in the off season. Sit down and enjoy a tasty Dutch meal in a quaint restaurant without even having to make a booking. Your dining experience will also feel much more authentic because the locals will outnumber the tourists. In the summer, some of the most popular and affordable restaurants get rammed so service might even be a little slower.

7 You photos are less likely to be photobombed

Is there anything more annoying than when you’re just about to take the perfect city photo, and then a tourist walks into shot? This is less likely to happen in the off season when the streets of Jordaan are fairly quiet and there’s a peaceful ambience throughout the city. When the city is packed during peak season, it’s hard to get a nice photo without tourists in the background. Sure, you might get a little rain here and there in the winter but that won’t affect your photos too much!

You won’t have to worry if you want to meet new people. In our hostel you’ll meet like minded people from all over the world - that’s what hostels are for :) Did you know we host a weekly Dutch dinner in the Flying Pig Downtown hostel so you can make new friends and try some authentic food? We also hold weekly beer pong tournaments.

You’re more likely to meet Dutch locals in the off season because most of the summer crowds have disappeared so they’re easier to spot. Head to Amsterdam’s vibrant pubs, clubs and bars and you’re guaranteed to meet some cool people from the city who might offer to show you around.