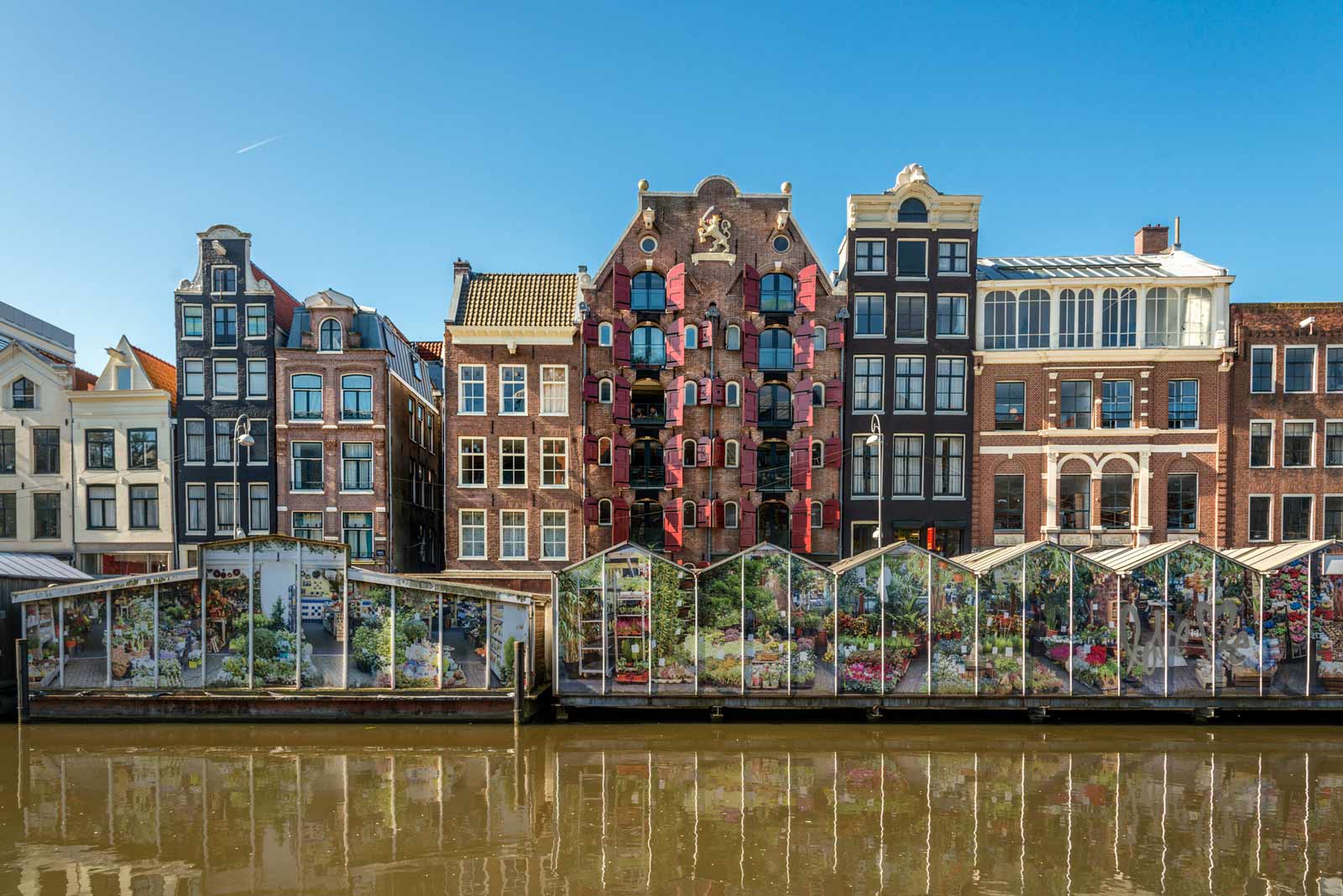 What to do in Amsterdam if You Don’t Smoke Weed

Weed might be legal in Amsterdam, but this doesn’t mean it’s got to be done. There’s way more things to do in Amsterdam other than smoking weed in a coffeeshop. The city is packed full of history with a truly unique culture, not to mention the canalside pubs, beach bars and cafes are some of the best in Europe. Maybe you’re not into seeing the whole cultural side of the Dutch capital? There’s still a ton of cool things to do in Amsterdam aside from the museums and galleries, but we’re gonna throw the worthy ones into this list anyway…

Check out the best things to do in Amsterdam if you don’t smoke weed.

Need a bed in Amsterdam? Check out The Flying Pig hostels

No, we’re definitely not talking about the weed kind of coffeeshops here, because Amsterdam’s coffee scene is absolutely spot on. If you’re looking for the best brews in the city for your morning caffeine fix, Amsterdam won’t disappoint with independent coffee shops all over the place. Screaming Beans does one of the best coffees in Amsterdam, using only the highest quality beans to create their special brew. Plus it’s smack bang in the middle of the Nine Streets, the perfect pitstop between checking out the main sites. Sweet Cup, White Label and Rum Baba are a few more of our favourite coffee spots in Amsterdam so you’ll never be too far away from some smooth, bitter goodness.

Check out Where to get the Best Coffee in Amsterdam

The second the sun’s out in Amsterdam, there’s only one place to be. The city beach bars are the most buzzing spots during summer, packed with locals and young backpackers looking to make the most of the sunshine. People love them for their laid back vibes and good music with a drink by the water’s edge.

Roest, Pllek and Hannekes Boom are our top 3 beach bars in Amsterdam. Roest with its unbeatable atmosphere, Pllek with its quirky location (inside a bunch of old shipping containers) and Hannekes Boom with great views and an awesome beer selection. While they tend to be pretty quiet or even closed outside the peak season, if you happen to be in Amsterdam for summer then a few drinks at a beach bar is an absolute must.

Not a beach bar kind of person? A rooftop bar has got to hit the spot instead. Soak up the unbeatable vibe of being at one of the highest points in Amsterdam with a drink in hand and views to die for. HOPP is a real laid-back bar that’s nestled on a rooftop in the south of Amsterdam and a great spot to get drinks flowing into the night before heading back into the city centre for a night out. Otherwise, the A’Dam Lookout is just a quick free ferry ride away in Amsterdam Noord - you can’t miss it towering over the IJ River with a giant swing dangling over the edge. This one isn’t outdoors, but that just makes it the ideal spot for a drink on a colder day with views as far as the eye can see.

Check out the Coolest Rooftop Bars in Amsterdam

Avoid the stench of weed and hop on a canal tour to see Amsterdam’s sights from the water. Your tour guide will point out all the best bits with a little history or story behind them like the narrowest house in Amsterdam, the seven bridges and houses and a few other surprises. There are a number of different cruise companies on the canal near Centraal Station, so just choose the right one for you, hop on board and enjoy the ride.

No matter how much you hate museums, there’s no doubting that this one will hit a nerve. The Anne Frank Museum takes you on a tour of the tiny space that Anne and her family inhabited during World War Two. The Jewish family were stuck in the building, hiding from German soldiers for over 2 years with most days being confined to the ‘Secret Annex’. Take a look around and get a feel for how Anne, her family, the van Pels family and Fritz Pfeffer (8 of them in total) went about their daily life in hiding, barely making a sound. It’s a real Amsterdam experience and one that could easily move anyone to tears, but there’s a reason we reckon it’s one of the best museums to visit in the world.

Get lost by bike

When in Amsterdam, hire a bike. Get around the city like a local on a bicycle, you’ll find them available to hire anywhere in Amsterdam and it really won’t cost you very much, plus it gets you around the city WAY more quickly. Pick up your bike and head out to Vondelpark for an explore around Amsterdam’s biggest and best park, or explore all the city’s nooks and crannies by getting lost amongst the canals. Use the Donkey Republic app to find and hire a bike with the ultimate ease, or head to Centraal station, Leidseplein or many more spots around the city to hire one that way. Seeing Amsterdam isn’t the same without being on two wheels.

BBQ in the parks

Get grilling in one of Amsterdam’s barbecue-friendly parks on a milk day. While Amsterdam’s parks are likely to have a few weed smokers around, once you get that barbie started it’ll all be taken over by the delicious smell of chargrilled meat and veggies. Head to Amsterdamse Bos or Oosterpark (two great Dam parks where barbecue-ing is permitted), buy a pack of burgers and a disposable BBQ from a nearby Albert Hein and light up (the barbie, obv).

Shop around the markets

Amsterdam’s markets are a mecca for vintage shoppers. The amount of second hand goodies you can pick up is enormous and you could be sifting through everything for hours. Albert Cuyp Market is without a doubt the most famous of the lot, selling absolutely everything you can think of. Vintage clothes, antiques, jewellery, fresh meat, vegetables and even street food like stroopwafels… The list goes on.

Head to the world’s only floating flower market, Bloemenmarkt to look through the countless, gorgeous displays of colourful flora and fauna the local traders have been selling for years. It’s a long row of a number of different flower traders, each boasting a stunning selection any flower lover would dream of!

Over 300 traders now set up shop at Waterlooplein market every week, mainly selling vintage clothing and second hand goodies, you’re bound to find a bargain or two at this one. The IJ Hallen Flea Market is another winner for the vintage clothing hunters amongst you and it’s even bigger than Waterlooplein. Find it just over the river IJ set up just once a month, so be sure to check the website to find out when it’s next on.

If food is more your thing than vintage clothes and second hand jewellery, Foodhallen has got to make a spot on your list. This trendy indoor food market is full of different street food traders, whipping up unbelievable dishes from all over the world. From Mexican tacos to Chinese dumplings and Lebanese falafels, whatever cuisine you fancy, there’s bound to be something for you. However if there’s one thing you have got to try, it’s the bitterballen from De Ballenbar - a traditional Dutch classic meatball, deep fried and served with a tasty sauce.

Last but not least, we couldn’t leave this one off the list. A visit to the Sex Museum has got to be on every backpackers Amsterdam bucket list. It’s the first sex museum in the world! It’s all about the attitude towards sex from way back in the day up until about the Victorian period. It’s all pretty revealing and not for the faint hearted. At just €3 to get in it’s definitely an experience you’ll never forget…