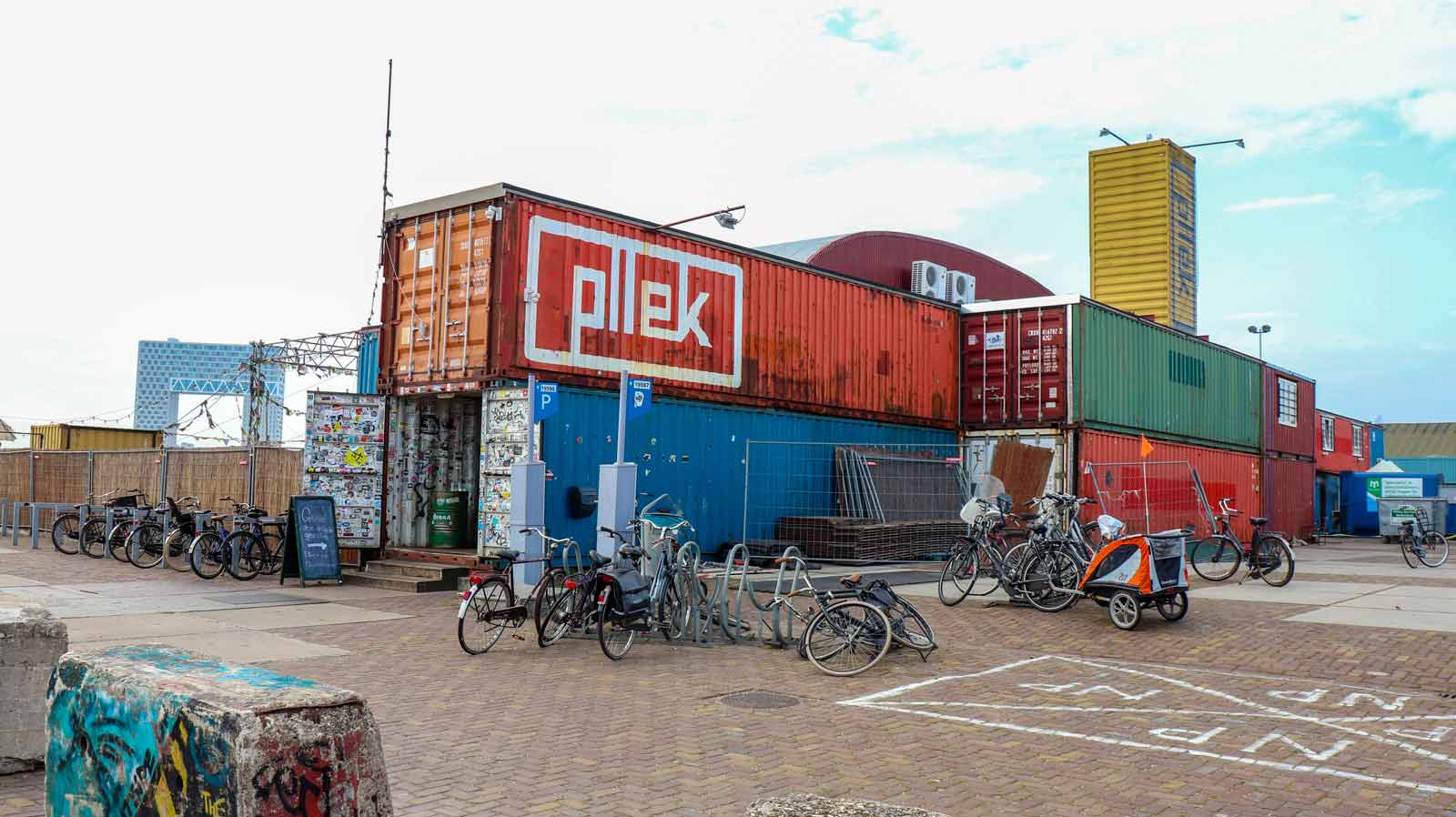 Things to do in Amsterdam Noord

Amsterdam is a never ending city of incredible things to see and do, but one thing many tourists miss out on is a trip to Amsterdam Noord (North Amsterdam). Getting to the north of the city is as easy as walking or cycling onto a ferry behind Centraal station for free, and 3 minutes later you’ve arrived! Whether it’s getting panoramic views of Amsterdam, exploring NDSM Wharf or eating and drinking your heart out, the north is without doubt one of the most underrated areas of Amsterdam. Check out these awesome things to do in Amsterdam Noord that’ll make you even more obsessed with the city than you probably are already.

Need a hostel in Amsterdam? Check out the Flying Pig Downtown just a short walk from Centraal station

The tallest building on Amsterdam Noord and one of the first that you’ll spot on the ferry over is the A’Dam Lookout. The Observation Deck gives the best panoramic views of the city as far as the eye can see. Head up in the jazzy ‘light show’ lift, have a drink in the 360 degree bar and then check out even clearer views from the open-air rooftop. Be swung over the edge on Europe’s highest swing for just €5 extra.

Nothing is more quintessentially Dutch than a windmill, so when in Amsterdam Noord make your way over to Windmill D’Admiraal to see one in action. The old, creaky, wooden windmill makes an idyllic photo - so much so that people even propose outside it! Standing since 1792, it’s the final remaining chalk mill in the whole of the Netherlands.

For all you lovers of film, this museum is a must. The modern museum is a stand-out feature of Amsterdam Noord’s IJ riverbank, helping draw in hundreds of visitors a day. There’s always something fascinating going on at the EYE Filmmuseum whether it’s a specially-curated exhibition or a film screening in one of the building’s 4 cinemas. Check out the mix of different modern and old-school film clips or even try creating your own in the Basement!

Right by both of these Amsterdam Noord attractions is Tolhuistuin, an old Shell factory canteen from 1941 to 2011 and where Shell employees used to get fed everyday. Now, the canteen has been transformed into a public eating place, and the food is spot on. Visit for an affordable and delicious lunch, or pop over to it on the ferry in the evening when candles are lit, the canteen kinda feel totally disappears and a classiness takes over.

NDSM Wharf is an old shipyard of Amsterdam, sitting right on the bank of the river IJ. If you’ve heard about it but don’t actually know what to do there, we’re here for you. These are some of the highlights of Amsterdam Noord’s NDSM Wharf:

You’ll be able to tell as soon as you’re arriving at NDSM by the amount of insane, colourful graffiti that appears all over the walls. If you see an open warehouse, wander in - the worst that can happen is you get asked to leave but usually it’s alright. You’ll get to see some incredible art being created inside and weird and wonderful buildings in construction. You might even find some people in the middle of finishing a brand new piece of graffiti.

Amsterdam Noord boasts one of the absolute best spots for vintage shopping not just in Amsterdam, but in Europe. IJ-Hallen Vlooienmarkt is only open one weekend a month and entry is €5 but for vintage lovers, it’s well worth it to find some real gems (and you’re pretty likely to with the amount of stuff to sift through). The two giant halls are jam-packed full of piles upon piles of second-hand clothing, accessories and homeware for unreal prices. If you love a hunting down a bargain, be sure to check out the IJ-Hallen if you’re in Dam for the right weekend.

Unless you’re willing to fork out hundreds of euro for a one night stay in a crane, we suggest you just look at it from the ground. Crane Hotel Faralda is literally just a few rooms placed one above the other inside an enormous crane. Pretty strange and definitely random, but worth pointing out on a tour of NDSM!

Keep an eye out for the cheeky building in the same area… Some say it’s a man and a sheep, some say it’s a pig. See what you think!

Pllek is one of the coolest bars in Amsterdam. Made entirely from old shipping containers, once you get inside the vibe completely changes! With cosy sofas and a warm fire in the colder months, during summer the places changes into a local hot weather hangout. There’s a beach on the riverbank and benches upon benches become FULL of young locals eating, drinking and enjoying the sun.

With a similar vibe to Pllek, Noorderlicht is another cultural cafe with a real artistic flair. From the outside it looks like a giant greenhouse, but inside is full of comfy seats and a really relaxed atmosphere. It’s an ideal place to sit back and relax with a cup of coffee in the winter or a cold beer on the riverbank during the warmer months.