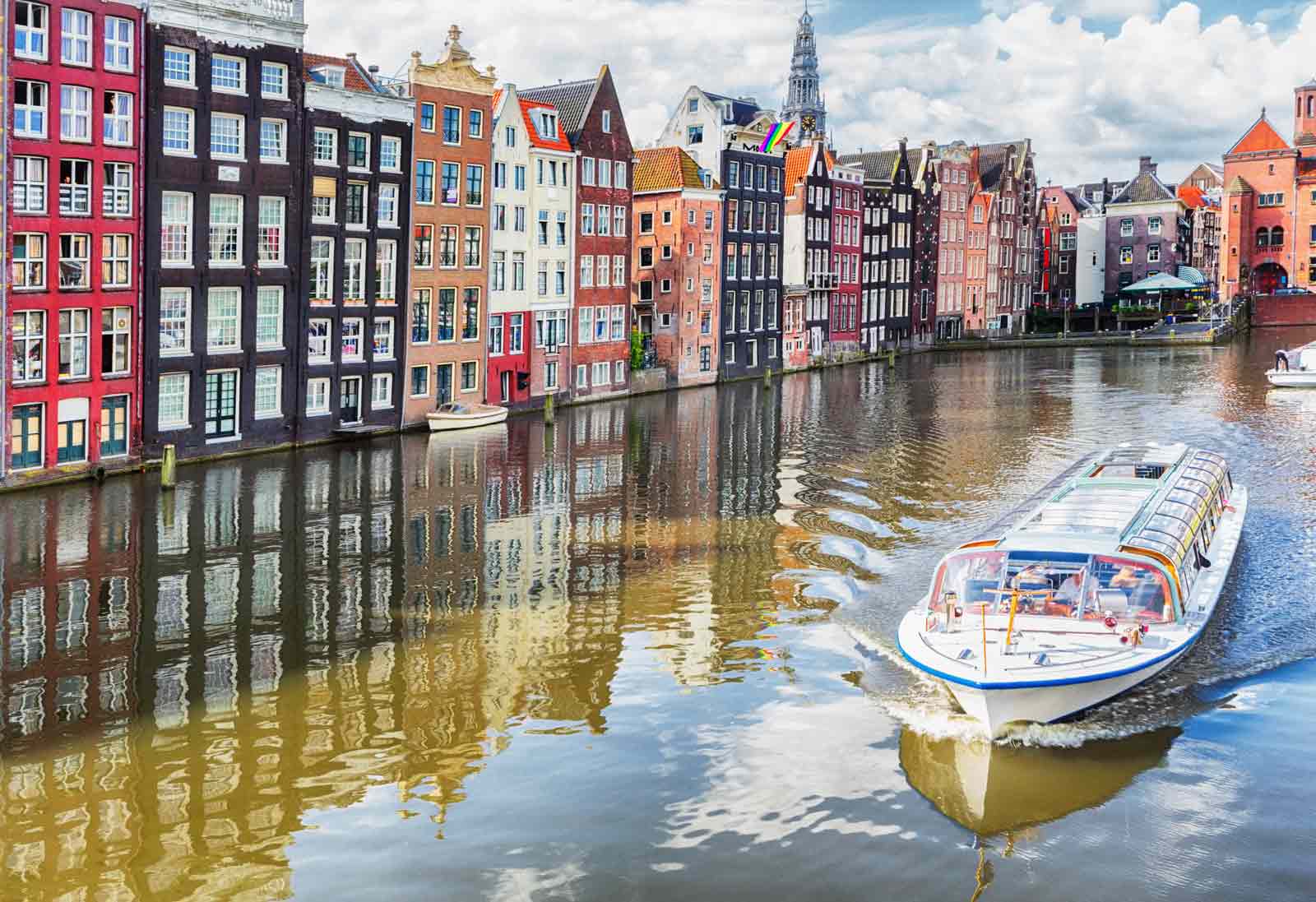 7 Sights and Attractions in Amsterdam You Can't Miss

One of Amsterdam’s most popular attractions is the Rijksmuseum. The national museum was founded in 1809 and hosts the country’s impressive collection of rare and unique art. The museum’s collection consists of more than 1 million objects, from the years 1200 to 2000. The vast collection includes some famous paintings, such as The Night Watch, a Rembrandt’s piece from 1642, and The Milkmaid by Johannes Vermeer. If you have the chance to visit this museum, make sure not to skip the Rijksmuseum Research Library, which is the largest public art history research library in The Netherlands. Another cool thing about the Rijksmuseum is the beautiful spacious historic garden, which is open for visitors. After your cultural tour through the museum, you can chill out in this outdoor garden, enjoying some sun while you get ready for the next attraction.

The first things that come to mind when most people think of Amsterdam are prostitutes and weed. However, the Red Light District is more than just some prostitutes behind a red window. This area is not only the place where women offer their services, it’s actually one of the oldest parts of Amsterdam. Nowadays there are also many pubs, bars, clubs, shops and restaurants. It’s definitely a must visit site! Be aware though, as it is strictly forbidden to take pictures of the women behind windows and also be aware of pickpockets, as this area attracts big crowds, often of distracted tourists.

One of the popular areas in Amsterdam is Dam Square, it’s a big area right in between the two main shopping streets. There are a lot of sights on this square, the most prominent one being the Royal Palace, the former home of the Dutch royal family. Nowadays it’s a venue for royal activities and it’s also open for visitors most of the year. In the beautiful building you can discover the rich history and the incredible interior of the palace. On the Dam Square, you can also find Madame Tussauds, the New Church and the National Memorial Statue, which is dedicated to the brave soldiers who lost their lives during World War II. There are also a lot of nice cafés and restaurants in and around this area.

One of the most unique things about Amsterdam are the gorgeous canals. The Canal Ring was built during the Dutch Golden Age, which dates back to the 17th century. It was initially meant for practical use. The cool thing about the Dutch canals is that there are even houses built on the water where people live! Nowadays the canals are also cultural heritage, as the Canal Ring was added to UNESCO’s World Heritage List in 2010. There are numerous ways to experience the waterside of the city. You can easily organize your own little tour and walk in and around the canals yourself. Another popular way of discovering Amsterdam’s most popular attraction is to book a canal cruise. You’ll hop on a canal boat and cruise over the beautiful canals and under the picturesque bridges.

Heineken, one of the world’s favourite beer brands originates from Amsterdam! The original brewery from 1867 was turned into a museum in 2001 - The Heineken Experience. It’s a very popular attraction in town, annually attracting thousands of visitors. In the museum you can find out everything about the history of Heineken. The cool thing about this experience is that you can also attend a beer tasting at the end of the tour where you can taste 5 premium beers with some delicious cheeses that go with it. Finally, end your Heineken museum tour with getting a personalized beer bottle. Can you think of a better souvenir that will forever remind you of this amazing experience?

Amsterdams hosts many museums, but one that really sticks out is NEMO. The NEMO building is located near Central Station and the architecture is phenomenal. The futuristic architecture is definitely worth checking out! The inside of the building is also amazing. NEMO is an interactive science museum and you’ll find a lot of children here. The nice thing is that not only kids have fun here, it’s also interesting for grown ups as you can discover cool stuff. You can find out everything about the universe, science, machines, mathematics, energy, water power, chemistry and much more. After a day of learning new things, you can chill out on the amazing rooftop terrace, enjoying a nice view of the city skyline.

One of the most popular markets of Amsterdam is the Albert Cuyp market, which is located in the lively neighbourhood De Pijp. The market is open six days a week and you can find more than 200 stalls selling flowers, clothing shoes and fabric. There are also a lot of stalls selling Dutch specialties. If you want to try fresh stroopwafels, raw herring, vegan burgers, Vietnamese spring rolls or delicious poffertjes: you have to go the Albert Cuyp market!