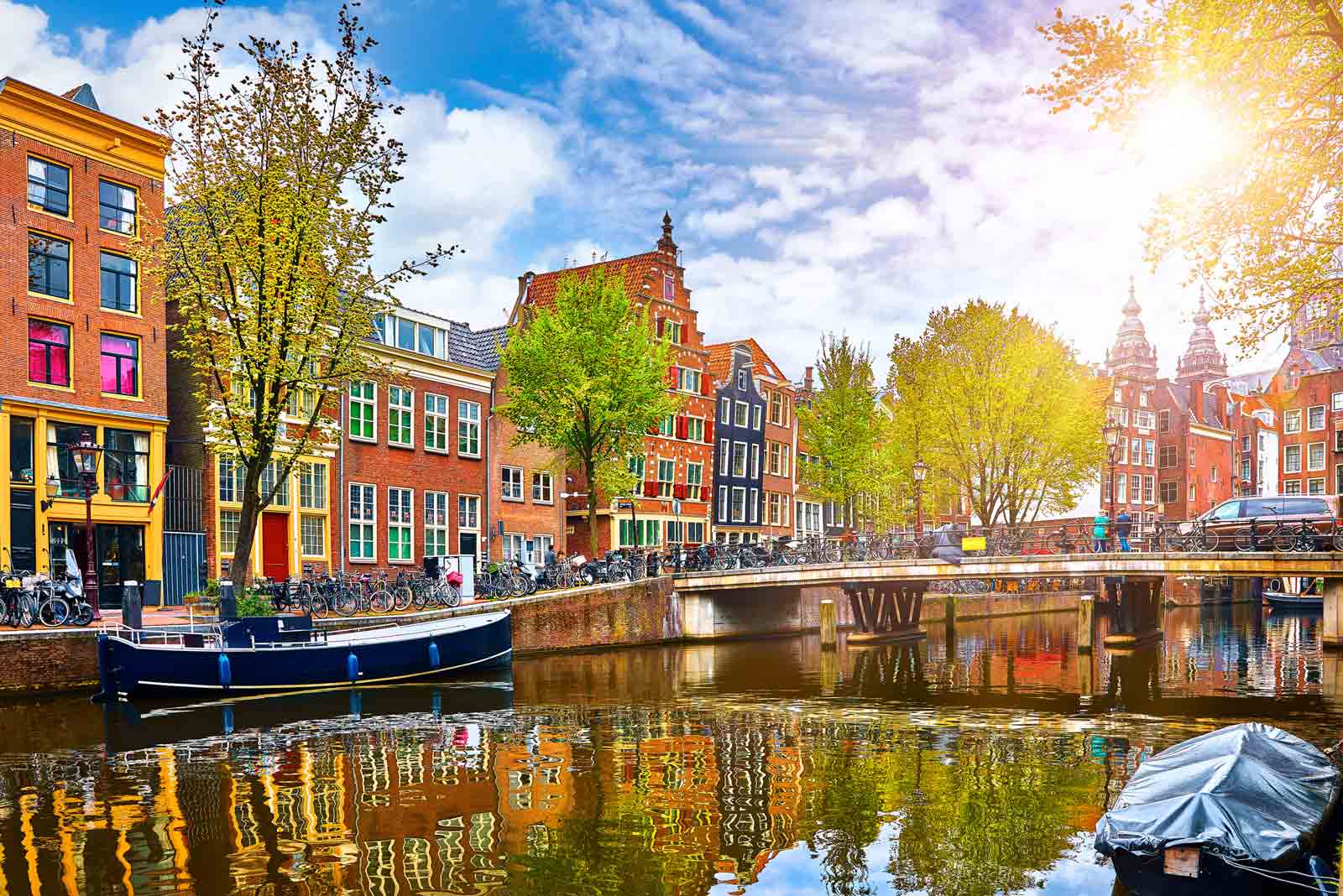 Most Underrated Things to do in Amsterdam

Need a hostel in Amsterdam? Check out The Flying Pig

Explore the trendy streets of Weesperzijde

While most tourists tend to stick around the beautiful Jordaan area in Amsterdam, there are other neighbourhoods in the city that are just as charming (and less known about). Explore some of the more underrated places; Weesperzijde is a trendy neighbourhood located along the Amstel River which is one of the most beautiful locations in Amsterdam. Here you’ll find beautiful 19th century architecture, riverside bars and restaurants and spectacular summer months. Get some pizza at LaLotta and head to Boterham for your coffee fix.

Hire a bike and cycle to Zaandam

This halfday route is perfect for those who love to get off-the-beaten-track and explore more of what the Netherlands has to offer (without venturing too far). Cycle to Zaandam, just north of Amsterdam and enjoy the quaint and colourful charm of this city. On this route you’ll pass Zaandam windmills, the famous Zaan river and the Zaanse Schans. You’ll also pass through lush Dutch countryside for most of the journey there. Cycle around and pop into the little shops, enjoy the view of the river and admire the colourful architectural masterpiece that is the Inntel Hotel. This hostel is formed by stacked Dutch buildings on top of one another, resembling buildings you’d see in a cartoon.

Check out the 8 Best Cycle Routes in and Around Amsterdam

Amsterdam does pretty well when it comes to food. With pop ups and markets left right and centre, you’ll never be stuck for budget food options in the city. While the more popular markets Foodhallen and Albert Cuyp Market are both great - get a more local experience and head to the most underrated market in the city. De Pure Market is a travelling market that opens up in the city on the last Sunday of each month and sometimes more regularly - so if you’re in the city at the right time you’re in luck. Representing food vendors from all the world, this is a foodie’s paradise whether you’re after some Spanish tapas, fresh breads, pizzas, burgers, cheeses, gyozas and sweet treats, there’s something delicious for everyone. The market opens up in three locations around Amsterdam: Amstel Park, Park Frankendael and Amsterdam Bos.

Get all the #instaworthy feels at Electric Ladyland

This is the world’s first museum dedicated to fluorescence colour. Not only is it trippy once you get inside, it’s one of the most Instagrammable spots in the city. Located in Jordaan, this museum showcases art, minerals and other items underneath an ultraviolet light - making everything colourful and fluorescent when you explore each room. Entry is just €5.

You can’t come to Amsterdam and not try the famous deep fried frites. They are INSANE if you go to the right places - and that’s why we think this simple little dish is a little underrated. Patatje Oorlog, known as Dutch War Fries were given this interesting name, well, because once all the sauces are poured over the frites, the plate does look a bit like a battleground. But don’t let that put you off. Try it at Par Hasard, a special little restaurant that specialises in Dutch/Belgian style frites - where you can choose from lots of different sauces whether you’re after something spicy or tangy.

Swing over the city at A’dam Lookout

If you have a fear of heights, move on to the next point now. However, if you’re looking for a rush of adrenaline in the city get yourself to this 20 storey rooftop and try out the over-the-edge swing. Located in Amsterdam Noord, this is Europe’s highest swing that takes you over the water. Get a rush as you swing over the city and benefit from incredible panoramic views of Amsterdam.

Chill out on an urban beach

Sure, Amsterdam may not be a seaside destination - but it does have some trendy urban beaches that are popular with locals in the summer months. Head to Pllek in Amsterdam Noord for a day of chilling on the sand with your mates with a cold beer in hand. Pllek also has a stage on the beach hosting live music, DJ’s and events. You can spend all day here in the summer as the bar and restaurant serves up food and drinks late into the evening. Another cool urban beach in the city is Strandzuid; just grab a sunbed on the sand and you’ll feel like you’re on a beach holiday in no time. Best of both worlds in Amsterdam.

Eat at The Garlic Queen

If you love garlic, then you have to add The Garlic Queen to your restaurant itinerary when visiting Amsterdam. The menu here is, as you can guess, all things garlic using this amazing ingredient to flavour all of the dishes - even the desserts! We recommend the garlic burrata, the gambas (grilled shrimp soaked in garlic) and the garlic capaccio. The most intriguing on the menu is the garlic ice cream! Will you dare to try it?

This spot is just a 17 minute walk from the Flying Pig Uptown hostel.

If you’re looking for a good night out that won’t break the bank, a competitive game of Beer Pong in Belushi’s will never let you down. Get into a group with your mates and see who comes out on top as the beer pong champion - and who comes out a little worse for wear. This epic sports bar knows how to throw a party and it’s one of the best bars in the city to socialise with other backpackers since the St Christopher’s Inns hostel is just upstairs.

Heading to a city park is the perfect way to relax when you want to escape the crowds. Amsterdam has a few small central parks which are perfect for a brisk walk on a summer’s day or a peaceful picnic. However no green space compares to Amsterdam Bos, the city’s largest park on the outskirts of the city. For those of you who are in love with being outdoors, make that extra journey to the Bos where you can escape to this woodland retreat. Here, the world is your oyster. Whether you want to go on a long woodland walk, sail on the water, cycle through the forest or simply enjoy the wildlife, this is the most underrated green space in Amsterdam.

Beer tasting at the IJ Brewery

While most people tend to visit the Heineken Museum for a beer tour in Amsterdam, little do they know that the IJ Brewery is just as awesome (and filled with less tourists). The IJ Brewery is located literally next door to one of Amsterdam’s coolest wooden windmills. Here you can sample some of the best local Dutch beers. Skip the tourist traps and get your beer fix here for a more authentic experience. Any craft beer fan will be impressed by the high quality Dutch brews on offer that pair perfectly with the cheeses and hams. You can even tour the tap rooms of the brewery to learn more about how the beer is made.

Need a hostel in Amsterdam? Check out The Flying Pig