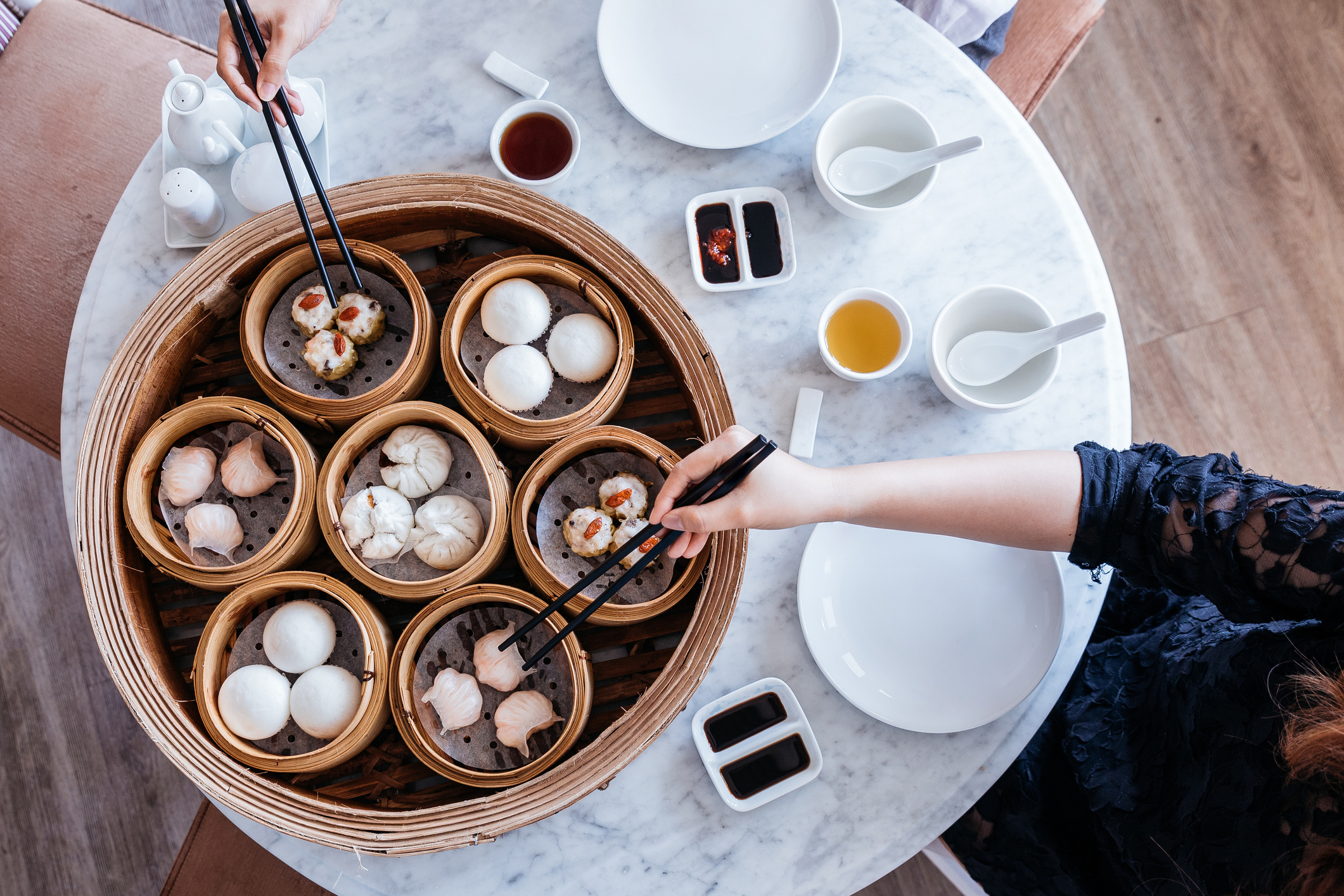 Where to Get the Best Dim Sum in Amsterdam

Amsterdam is a foodie’s heaven. The city is heaving with cuisines from all over the world, so it’s no surprise that if you’re after Amsterdam’s best dim sum, you won’t be short of options. Bite-size parcels of soft, perfectly seasoned dumplings served in little steamer baskets, from shrimp dumplings and soup dumplings to pork buns and veggie spring rolls. Take a seat at one of the best Chinese restaurants in Amsterdam and enjoy stacks upon stacks of delicious dim sum. Check out these affordable spots across the city to get your dim sum fix in Amsterdam…

Looking for hostels in Amsterdam? Check out the Flying Pigs near Central Station and Vondelpark

If the sight dim sum baskets stacked up high coming towards you doesn’t bring you ‘happy happy joy joy’ then we can’t help you. This crazy Asian food spot in Amsterdam has three different locations, in the east, south and west so you’ll never be too far from some of the best dim sum in the city. The Chinese, Vietnamese, Malaysian, Thai street food-inspired restaurant is covered in quirky neon signs and fun Chinese trinkets, making it a fun place for a casual lunch or dinner. Try the duck gyoza, steamed or fried, and order a few more plates of dumplings or buns to make one big sharing platter.

Mister Chen’s Cha House is a little hidden gem in the east of Amsterdam. From the outside you wouldn’t expect much, but inside is bright, welcoming and full of delicious Asian flavours. Cantonese and Japanese food is what Cha House does best, with dim sum that rivals most places in Amsterdam. Finding the two cuisines in one place is kind of unusual, but it’s great! You might fancy some tasty dim sum, and maybe your friend wants sushi - it’s the best of both. Mr Chen serves up noodles made fresh in-house every day, so if it isn’t pork buns or fried dumplings you want, give their deliciously fresh ramen a taste instead.

When you’re on the hunt for tasty and affordable dim sum in Amsterdam, you won’t be able to miss Sea Palace. The three story high floating pagoda is a real stand out feature on Dam’s canal! Plus, you know the dim sum is going to be good when they’ve hired their own dedicated dim sum chef. Served until 4pm, get there quick for the freshest dim sum in the restaurant - steamed pork dumplings, spare ribs in plum sauce, spicy squid… The dim sum assortment goes on and has some really authentic, Chinese options on the menu.

The foodies amongst you have got to make your way over to the Amsterdam Foodhallen - one of the best spots for international street food in the city. Whether you want ‘sumthing’ steamed, ‘sumthing’ fried or ‘sumthing’ different, this place does it all. Dim Sum Thing’s quirky menu mainly sticks to the classics like chicken, shrimp and spring onion wontons and barbecue pork stuffed in a white, fluffy bun, but it’s worth trying their modern takes on dim sum, too. While you’re at the Foodhallen, make the most of the other fun food stalls that are there, grab a G&T from the gin bar and chill in one of the coolest eating spots in Amsterdam.

If you’re after real, authentic Chinese food where Chinese people in Amsterdam like to eat, Hoi Tin is your place. On a corner of the Red Light District, this spot is always full of people tucking into the kind of dim sum you’ll find at ‘yum cha’ (dim sum as the people of Hong Kong eat it) and that isn’t always seen in Western dim sum spots. Expect the likes of fried turnip cake, stuffed aubergine and fried glutinous rice on the dim sum menu, plus the usual mix of prawn or pork dumplings, too. Hoi Tin is the ideal place for a proper dim sum experience that’s cheap and delicious.