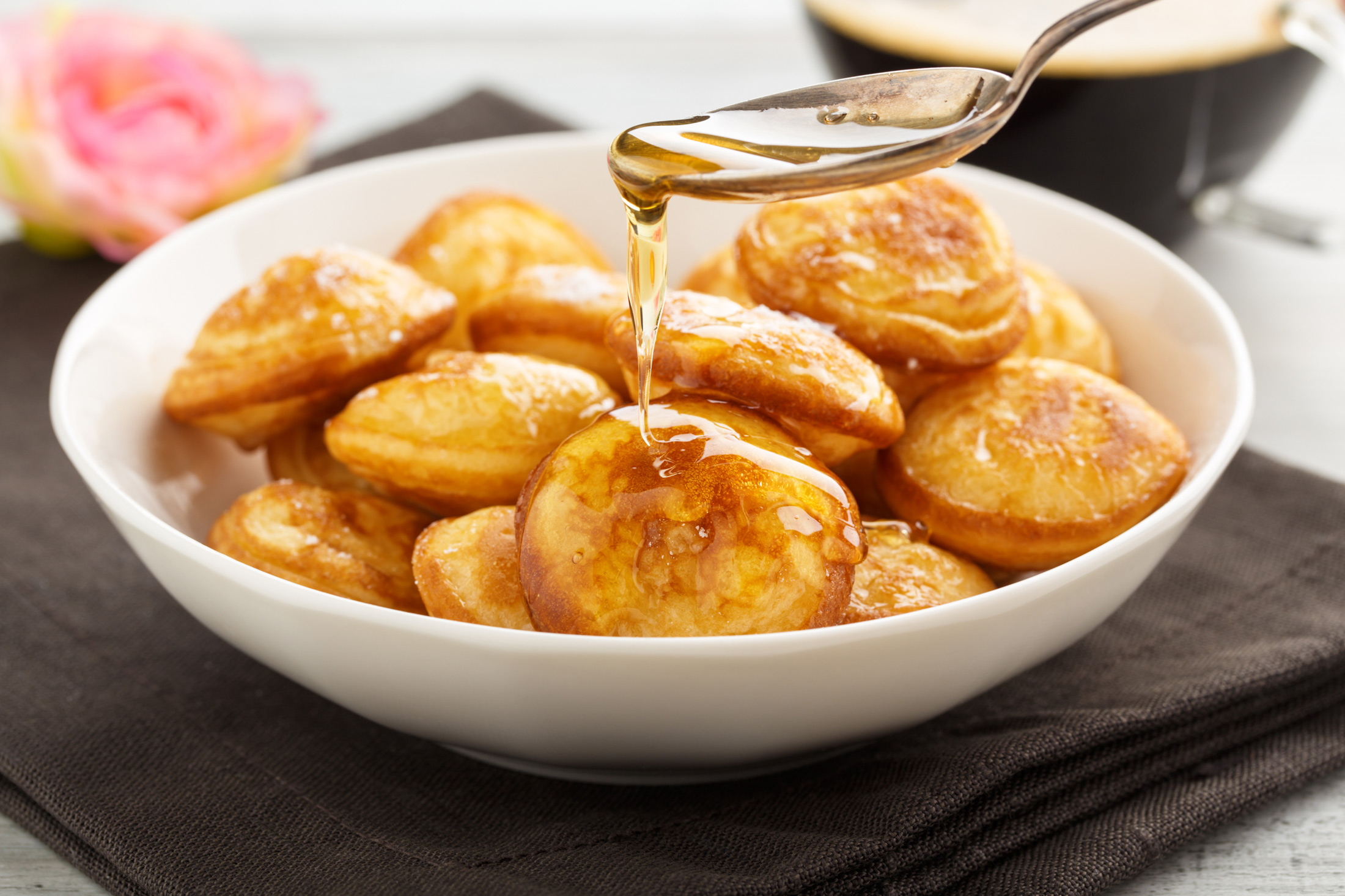 8 Dutch Foods You Need to Try in Amsterdam

TOP 8 DUTCH FOODS YOU NEED TO TRY IN AMSTERDAM

Amsterdam may be famous for its epic coffee shops, beautiful canals and charming architecture. However, exploring the exciting capital can make you very hungry - and there’s nothing better to do than to feast on some traditional Dutch grub! So eat like the locals and indulge in the specialties (some sweet, some savoury, and some rather fishy).

Here are the top 8 Dutch foods that you need to try whilst in Amsterdam. You'll most definitely pronounce some of these wrong…

Want more? Check out the Top 12 Things to Do in Amsterdam This Summer

Stroopwafels are Dutch waffles with a small layer of caramel syrup between two wafers. These Dutch waffles are meant to be eaten with a warm drink. When you put the waffle on the top of your mug, the heat from the mug melts the caramel syrup inside the waffle making it warm and gooey. You can buy Stroopwafels almost everywhere but none taste as good as the Dutch ones!

Where to get them in Amsterdam: Banketbakkerij Lanskroon Address: Singel 385, 1012 WL Amsterdam, Netherlands

Bitterballen is a favourite when it comes to Dutch snacks. Served in shapes similar to those of meatballs, these deep fried balls contains a mixture of beef, veal and sometimes even chicken! In the Netherlands, these bite size crispy snacks are usually eaten as an aperitif.

Where to get them in Amsterdam: De BallenBar Address: Hannie Dankbaarpassage 33 | De Foodhallen, 1053 RT Amsterdam, The Netherlands

Zuurkool met worst is a classic Dutch Casserole containing ingredients such as Sauerkraut (finely cut cabbage which has been fermented), bacon, butter, potato and a big Rookworst (a typical Dutch sausage). It's a heartwarming, comforting meal that's been a family favourite in the Netherlands for decades.

Where to get it in Amsterdam: Wurst & Schnitzelhaus Address: Prinsengracht 474HS, 1017 KG Amsterdam, Netherlands

Similar to Zuurkool but a more healthier version, Boerenkool contains a mixture of mashed potato with kale, topped with a Kielbasa sausage. This type of sausage originates from Central Europe and has a salty, smokey flavour.

Where to get it in Amsterdam: The Pantry Address: Leidsekruisstraat 21, 1017 RE Amsterdam, Netherlands

Comfort food at its finest. Hutspot is a traditional Dutch meal, very popular during the winter. It is made out of potatoes, onions and carrots all mashed up together and usually served with a traditional Dutch sausage. This simple but tasty meal is like a mash potato with a twist! Heartwarming homemade heaven.

Where to get it in Amsterdam: Haesje Claes Address: Spuistraat 275, 1012 VR Amsterdam, Netherlands

Also known as “Little Dutch Pancakes”, Poffertjes are small fluffy pancakes that are made with yeast and buckwheat flour. These small pancakes are usually served with powdered sugar, butter or syrup. The perfect little sweet treat!

Where to get them in Amsterdam: De Vier Pillared Address: Stadhouderskade 11, 1054 ES Amsterdam, Netherlands

Haring (aka herring) is raw fish eaten in Amsterdam. Served on paper plates with onions and pickles or served on bread it’s of the signature foods of the Netherlands. And when in Amsterdam, you have to do like the locals meaning you have to try it at least once! The way to eat it is grabbing the herring (served whole) by its tail and eating it by its head. There’s no classy way of doing this. It’s a little chewier than smoked salmon and a true delicacy that Dutch eat since childhood.

Where to get it in Amsterdam: Stubbe’s Haring fish stall Address: Singel, 1013 GA Amsterdam, Netherlands

Saving the best until last. In Amsterdam, “Appeltaart” is a local favourite. It’s sold in every bakery and featured on every cafe menu because it’s so delicious! Unlike apple pie from other countries, the apple pie from Amsterdam looks more like a cake and is made with thick-cut apples and a topping of butter, flour and sugar baked on top of the pie. This sweet treat is even better with whipped cream on top of it.

Where to get it in Amsterdam: Winkel 43 (or any Dutch dessert parlour) Address: Noordermarkt 43, 1015 NA Amsterdam, Netherlands

Need a bed in Amsterdam? Check out St Christopher's At The Winston