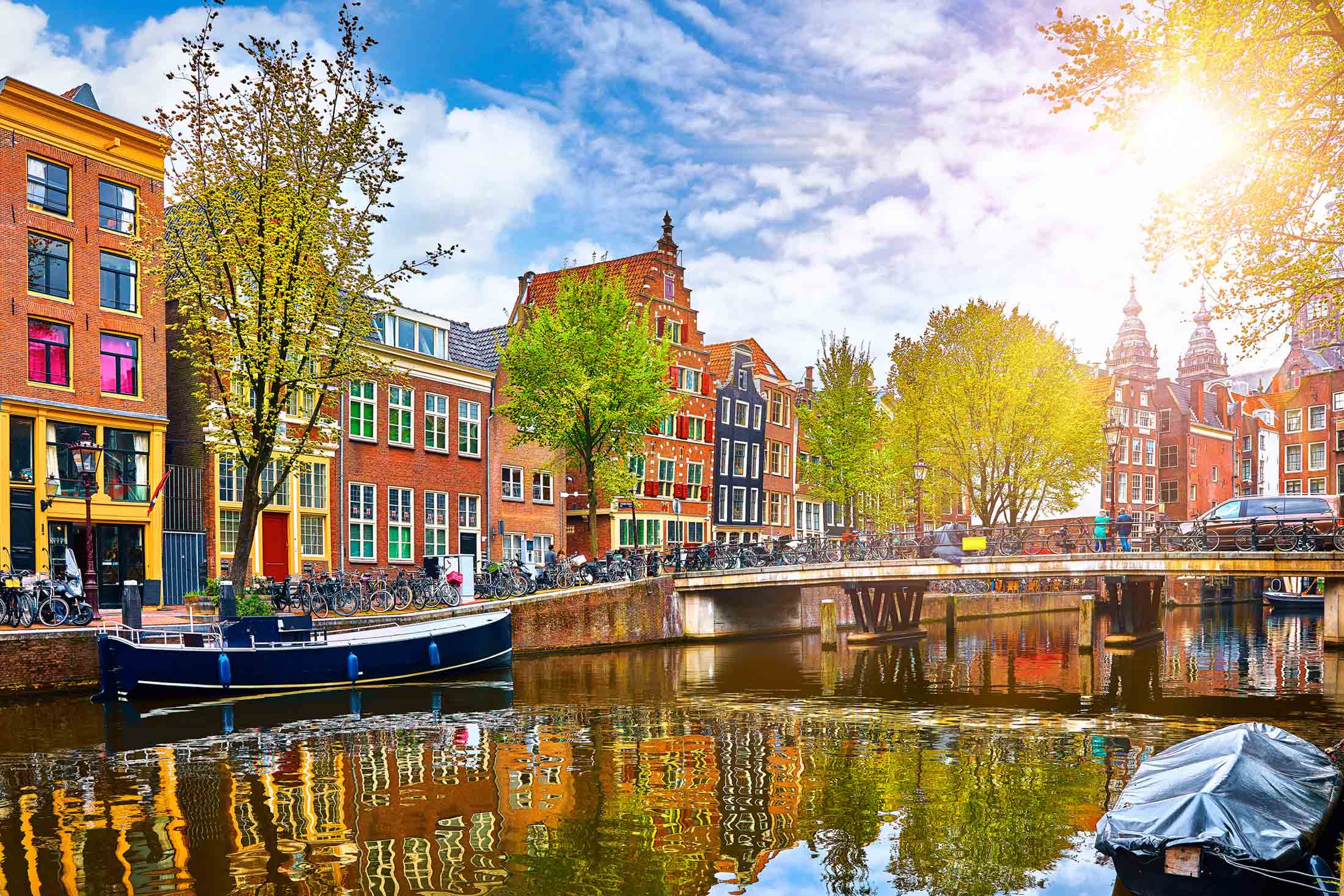 Summer has officially arrived in Amsterdam. You can drink outside, smoke outside and FINALLY book that private canal boat with your mates you’ve been going on about for ages. Why is it that everything is just better when the sun is out? Check out these 12 things to do all summer long during a trip to Dam.

Thrillseekers, go get a rush at the A’DAM Lookout ‘Over the Edge’ swing. Yeah you can get some pretty epic views over the city, too, but nothing beats that heart-pumping feeling you get while swinging waaaay above the canals.

2 Have a smoke in Vondelpark

Buy a crate of beer, pack a few joints to last you the day and make your way over to Vondelpark with the rest of Dam’s youngsters for a day of serious chill in the sun. Drinking and smoking is allowed here, just don’t get rowdy and piss people off (obviously).

Every Friday, Saturday and Sunday during summer, Vondelpark puts on a festival with all kinds of acts showing off what they can do. It’s totally free but think more classical and dance performances rather than indie, electronic vibes we like hearing. Expect more crowds over the weekend and a little less room for you to spread out and lounge with your new mates.

Find an Albert Heijn (Dam’s supermarket saviour for budgeting travellers like us), buy some burgers plus a throw-away barbecue and find a good spot on Amsterdamse Bos to get grilling.

Careful which park you choose to flip your burgers though, cos in places like Vondelpark you could get slapped with a fine. Take our word for it and choose Amsterdamse Bos or Oosterpark and you’ll be safe.

Head into Amsterdam when the sun is out and no doubt you’ll be looking at the guys cruising down the canals in their private boat green with envy. Did you know that if you get a group together, hiring a boat for a few hours doesn’t have to be bank breaking? Check out these Ecoboats - for €50 an hour and enough room for 12, you and your friends could hop on the canal with a crate of beer and watch as passers by stare you down.

If you need a reason to visit Dam this summer, we have 2 words for you. Music festivals. Because the city’s electronic music scene is EPIC. These are just a few examples of what’s on for summer 2018…

This cutting-edge electric dance fest is set in a forest on the outskirts of Dam. It’s one of the most respected EDM festivals in the world, so don’t expect anything you’ve ever seen before.

Dance Valley will blow your mind, not just because of the insane DJs, both masters in their work as well as newcomers to the scene, but because the special effects are something out of this world.

Jordaan is famous for a lot of things, but the food markets in this Dam district are our idea of piggy heaven.

Open every Saturday, Lindengracht is our no.1 place to taste some typical Dutch food.

Open every Monday, this one is BIG. There are around 200 foodie stalls so whatever you’re feeling from wherever in the world, you’ll get to tuck into it.

rouwerij is one of Amsterdam’s most famous breweries so if you’re a fan of a golden brew like us you’d better consider this for the summer. It’s set underneath a windmill which is pretty cool, so you can taste some local beer in the most Dutch way possible.

Carry on the Pig party and spend a night or 2 at the Flying Pig by the beach in Noordwijk - or head to the beach for a day trip. The hostel is literally 50 metres from the sea and we can get you there on our shuttle bus from our Uptown and Downtown Pigs for mega cheap - and in just an hour. In the middle of summer, who doesn’t want to be by the beach?

Amsterdam’s Gay Pride week is an event you literally can’t miss if you’re in the city for it. People dressed in all colours of the rainbow will be partying on the canals to celebrate sexual diversity but this year the theme is ‘heroes’. Dig out that old superman t-shirt you thought was mega cool back in 2010 and get involved in Dam’s PRIDE.

Go up to the urban garden at Nest bar for a few drinks with a view. Yogies can get there for 7:30am every Thursday for a sunrise yoga sesh. Not a morning person? It’ll be open until 11pm everyday with beer, cocktails and homemade sangria on the menu.

Roest is all about those chilled vibes. It used to be an old factory space, so the setting is pretty edgy. Now Roest welcomes Amsterdam’s young crowd with an urban beach, picnic tables and, of course, plenty of beer.

Check out the best rooftop bars in Amsterdam

For a tasty meal on wheels head to the Trek Food Truck Festival in Amstelpark from 13th to 15th July. From vegan burgers to sushi, you’re in for a treat with the street food you’ll find here.

12 Visit Pllek for a drink

Pllek is an absolute gem for the summer months. It’s open allllll day, from 9:30am until 1am, and you easily could spend ALL day here. Spend the morning relaxing on the sandy beach, watch a movie screening in the evening and then drink cocktails into the night. Their food menu is also a winner, and 75% of it is totally veggie friendly. Pllek definitely gets our vote for a laid back hangout in the sun.

Want more? Check out the 10 Best Vegan Spots in Amsterdam